For the various skins you can make Puyo, see List of Puyo skins.

This is a list of all the Puyo types that appear throughout the Puyo Puyo series.

Colored Puyos are the Puyos that you play with. Under standard rules, you connect 4 Puyos of the same color to clear them and make a chain. Matches generally use 3, 4, or 5 different colors of Puyo (Red, Green, Blue, Yellow, and Violet or Purple), with 4 being the standard for competitive matches. In the Famicom and MSX2 Puyo Puyo, it is possible to play with a total of six colors (Red, Yellow, Green, Gray, Light Green, and Blue), however the sixth color would be scrapped once the series reached arcades, with five becoming the maximum. 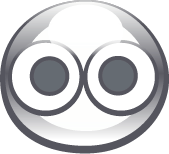 A Garbage Puyo serves no purpose except to clog up your field and mess up your chains, hence the name Garbage Puyo. Garbage Puyos can be cleared by clearing a colored Puyo that touches the Garbage Puyo (either horizontally or vertically, not diagonally). 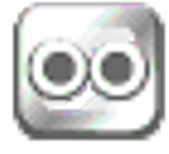 Clearing two or more normal Puyos adjacent to a Hard Puyo counts as multiple clears, and could remove it immediately skipping the Garbage Puyo state. In most games a crack sound effect is given, and the Hard Puyo's eyes seen floating up out of the field.

A Garbage Chu Puyo is a variant of Garbage Puyo that was introduced in Puyo Puyo Fever 2. It has the same functionality as a regular Garbage Puyo.

An Iron Puyo is a Garbage Puyo that can't be cleared by normal means. It was introduced in Super Nazo Puyo Tsu and can also be summoned by three super attacks in Pocket Puyo Puyo~n. In the former game, they can't be cleared by any means; in the latter, all Iron Puyos are erased by clearing six Puyos simultaneously. 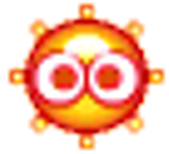 A Sun Puyo is a type of Puyo that plays a major role in Puyo Puyo Sun. Clearing a Sun Puyo increases the amount of Garbage Puyos sent to your opponent, but provides no point bonus to your chain. They are tied to games using the Sun rule (Puyo Puyo Sun, Pocket Puyo Puyo~n, Puyo Puyo Box, Puyo Puyo!! 20th Anniversary, Puyo Puyo Chronicle), but the "Solar Ray" super attack in Puyo Puyo Box's "Yon" style allows the player to summon a single Sun Puyo.

A Block Puyo is just that; it's a block. Block Puyos always stay in the position they are placed at and don't fall when there is space below it. They are preset in the Nazo Puyo games and Puyo Puyo!! 20th Anniversary's Block mode, but can be summoned by three super attacks in Pocket Puyo Puyo~n; in the case of super attack #17 (Wall Bomb), they drop like Garbage Puyos and only obtain their gravity-defying properties upon being placed. They are unclearable in every game except Pocket Puyo Puyo~n, where every Block Puyo is erased when the player matches six Puyos simultaneously. 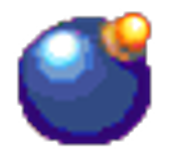 A Bomb Puyo appeared first at Puyo Puyo! 15th Anniversary's Bomber mode. They always at a timer in 4 times, if you drop colored puyos, it will low down into 3 times, example: 1. Dropped 1 time - 3 times 2. Dropped 2 times - 2 times,...etc. If the timer sets to 0 times, it will explode and make the colored puyos around it into Hard Puyos. Bomb Puyos have a circular shape shaped like a bomb, have the fire on its rope. In Puyo Puyo! 15th Anniversary, if they pop 4 puyos or more to a player, a small bomb puyo have created. But if they send 5 small bomb puyos in player 2, or 2 players (P2, P3)...etc., it will transform into a big bomb puyo. Big Bomb Puyo have 5 Small Bomb Puyos in it. If the player drops colored puyos, the bomb will go to the player's field. So you can make the chain to get rid of them like Garbage Puyos.