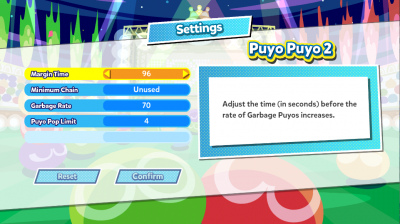 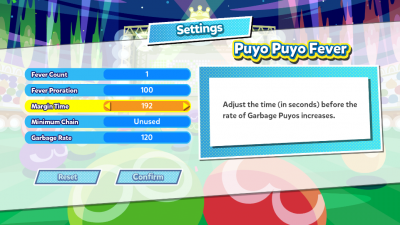 The default margin time of Fever in Puyo Puyo Champions. 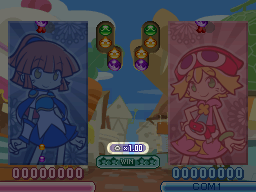 In Puyo Puyo!! 20th Anniversary, this is shown to the player as a Nuisance Puyo multiplier.

Margin Time was first implemented in Puyo Puyo Tsu to ensure that matches did not last too long, and has been present in every Puyo Puyo game since.

The way the margin time works is similar to this, shown using code (note that targetPoints is always rounded down):

This is the standard used for Fever matches.

This is to show that the target points will never reach 1.

This is to show that the target points will reach 1 before it goes through all its iterations.